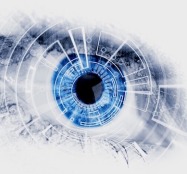 Newton’s third law of physics states that: For every action, there is an equal and opposite reaction.

The output reaction force can be readily calculated by knowing the force of the input action as stated in the measurements of mass (weight), speed, and the direction of the force.

It would appear that Newton’s law can also apply to HUMAN interaction. Some call this karma. However, the input and output forces in human interaction are not as easily calculated, owing to the vast amount of variables which always occur with human interaction. Perhaps the greatest of these variables is PERCEPTION.

The word ‘perception’ has its root in the word ‘perceive’ which usually refers to perceptions in vision. However, one can also experience perception in all of the human senses: taste, touch, smell, hearing as well as sight. Perception is basically defined as : a mental image of something, or your personal concept of something.

The origins of opinions lie in perception.

Perceptions are not necessarily true and factual. Perceptions are based upon past experience and or beliefs and personal observations. One’s concept of what is true reality, by nature of its origin, is susceptible to change and modification.

A personal example: The commonly accepted opinion is that paper mills stink. I, on the other hand, based upon pleasant and happy memories from my childhood, of visits with my favorite aunt who lived in a paper mill town – love the ‘pleasant’ aroma of a paper mill. My perception has become my opinion.

Perceptions vary widely from person to person and from item to item. It’s much like attempting to define what is ‘up’ and what is ‘down’ or what is ‘hot’ and what is ‘cold.’ Because these are relational items, they are perceived differently from one person to the next. It is therefore impossible to judge which perception (which opinion) is more or less ‘correct’ than the next. We tend to accept the ‘average’ or ‘norm” of an opinion as being as being ‘correct.’

But truthfully, in the arena of perception and opinion, few things are absolutely ‘correct.’ What is too loud for me can easily not be loud enough for others. What may be too salty for you, may not be salty enough for me. And abandoned soft drink soon becomes ‘hot‘ whereas the forgotten cup of coffee beside it has become ‘cold.’ Perception is important!

It has been said that we all have a right to our opinions, and that may be true. But rights, MUST have certain restrictive limits, otherwise, my ‘right’ could trample over yours, and yours could trample mine. A degree of give and take is required to maintain peace, harmony, and goodwill.

Yes, we all have rights. But all rights come with responsible. And here lies the roots of discord, resentment, and misunderstanding. Many find it difficult to recognize the fact that others, with perceptions other than their own, have a right to those personal perceptions. And some, who believe their own perceptions to be superior to those of others, discount the perceptions and concepts of others – based purely upon their personal opinions.

This is the result of personal opinions crossing the line from observations, concepts and opinions – and becoming judgements. And we know what God says about judgement.